Who are deafblind people?

A person may become deafblind at any age – from birth till the end of life. It can be caused by a disease, trauma or family genetics.

Deafblind from birth and those who got the defect later (sometimes at quite a later age) radically differ. Among them are persons who had impairment of one of the senses from birth or gained later and who have gotten impairment of the second sense later. They were used to living with poor or no vision or poor or no hearing. Later impairment of the second main sense restricts such opportunity. Due to the double sensory impairment, deafblind persons have problems with spheres necessary for independent life, such as communication, mobility and receiving information. Therefore, for operating in an environment they need support from competent professionals (translator-guides), adapted environment, provision of auxiliary technologies and other necessary services.

When providing services to deafblind persons, when helping them, must be considered the space for their dignity, independence and autonomy.

Georgian Union of Deafblind is a Non-entrepreneurial (Non-commercial) membership-based organization.

The goal of the union is to promote the creation of a support system for the deafblind in Georgia, which will improve the well-being and quality of life of people with double sensory impairments and their families through the development of quality rehabilitation, education, employment, and social integration services.

The target group of the organization is people with double sensory (hearing and vision) loss (children, adolescents, women, youth, the elderly). 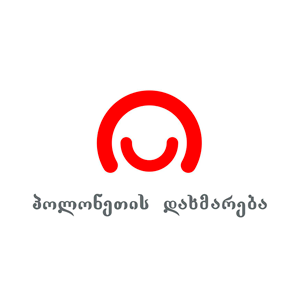